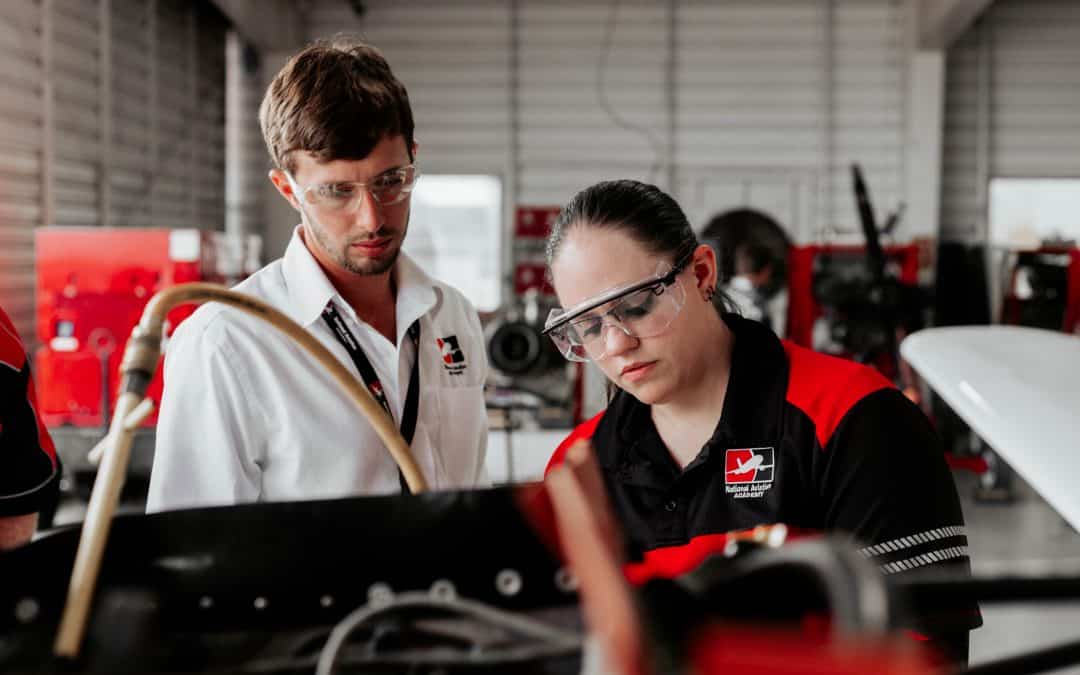 Did you know that in 2018 only 7,133 of 290,002 active certified mechanics were women? This statistic, compiled by the Federal Aviation Administration’s (FAA) 2018 U.S. Civil Airmen Statistics, makes it clear that women are highly underrepresented in the aviation maintenance workforce.

While the statistics can be disheartening, the number of women did increase from the previous year. The industry has also begun attempts to attract more women into the field. For example, in April of 2019, the U.S. House of Representatives passed the Promoting Women in the Aviation Workforce Act, part of the FAA Reauthorization Act. The bill focuses on the creation and facilitation of a Women in Aviation Advisory Board that will promote organizations and programs that recruit women to the industry.

Several airlines are also making an active effort to highlight the role of women in aviation and aerospace. In October of 2019, Delta Air Lines flew 120 girls from Salt Lake City, Utah, to NASA in Houston as part of an initiative to close the gender gap in aviation. The entire crew, from the pilots to the ramp agents, were comprised of women. Barriers, or perceived roadblocks, are slowly beginning to crumble. It will take time, but the future for women in aviation is bright and full of opportunity!

Even though men have largely dominated the 116-year history of aviation, women have always had a role. From the pioneering flights of Harriet Quimby and Bessie Coleman in the early twentieth century to manufacturing aircraft for the second world war, women have contributed to the enduring history of aviation. That said, the demands in aviation are so high that the industry cannot afford for women to exist on the sidelines. Opportunity to learn, grow, and thrive, particularly in aviation maintenance, is available to all.

Beyond the physical need, many are making a sincere effort to rectify the issue of underrepresentation of women in aviation. Not only has the U.S. government taken notice, but plenty of nonprofits have as well. Of these nonprofits, one of the most notable is Women in Aviation International, an organization dedicated to the encouragement and advancement of women in all aviation career fields and interests.

Companies can only do so much to encourage more women to enter the field. It’s up to us all to encourage young women and girls to let their aviation dreams soar. The first Girls in Aviation Day, where girls ages 8 to 17 are introduced to aviation, as both a career and a lifestyle, had 39 events and 3,800 attendees in 2015. The impact that these nonprofits and events should not be overlooked.

Scholarships for Women in Aviation Maintenance

According to a study by Rebecca K. Lutte of the University of Nebraska at Omaha, women make up less than 10% of pilots, maintenance technicians, and airline executives. Thankfully, scholarships have become a great source of funding, specifically for women who are passionate about working in aviation.

A&P (or airframe and powerplant) aviation mechanics can earn their certifications by attending an FAA-approved aviation maintenance technician school. Nonprofits, such as the Association for Women in Aviation Maintenance (AWAM), provide aid to women attending these schools via scholarships. Just last year, AWAM awarded $140,000 in scholarships to 30 recipients!

The opportunity for women to become involved in the industry is growing. With scholarships available to help end the gender disparity in aviation maintenance schools and beyond, the time is now to become an aviation mechanic technician!

Demand for Women in Aviation Maintenance

Aviation maintenance careers are currently in high demand. Boeing’s 2019 Boeing Pilot & Technician Outlook notes that 769,000 new maintenance technicians will be needed globally over the next 20 years to maintain the world’s fleet.

Part of the solution to meet the demand for aviation maintenance technicians is to train an increasingly diverse generation of technicians. More and more veteran mechanics are retiring. Companies are aware that they have an opportunity and responsibility to hire the next wave of mechanics. Encouragingly, programs such as Boeing’s “Return to Flight” have been created to recruit former employees who left to raise children.

The demand is real for qualified technicians. That means women, too. With so many opportunities to become an A&P aircraft mechanic, the industry is taking the necessary steps to provide excellent career paths regardless of your gender.

To find out how you can start your career in aviation maintenance, please fill out the form below!

ANNUAL MEDIAN WAGE FOR AN AIRCRAFT TECHNICIAN ACCORDING TO BLS.GOV**