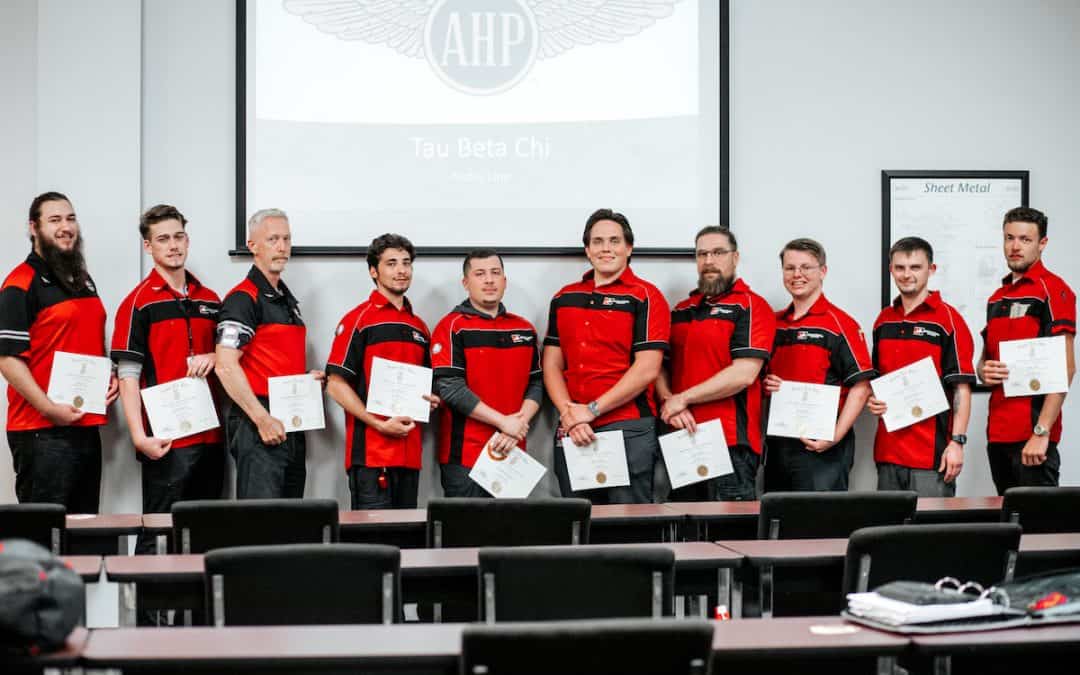 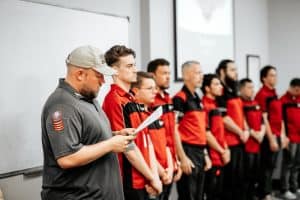 The President of Tau Beta Chi leads the initiation ceremony.

On May 27, 2021, Tau Beta Chi held an initiation ceremony for its newest members. Known as the “Alpha Line,” this marks the first initiation ceremony since the chapter’s inception. Congratulations to all ten new members for joining the legacy crafted by NAA students!

Since 1929, AHP has had granted charters to more than 140 chapters in many aviation colleges and universities. Currently, the fraternity recognizes over 60 active chapters in the United States and throughout the world. Alpha Eta Rho seeks to instill in the public mind confidence in aviation and its safety.

Led by current Tau Beta Chi chapter President Josh E., the ceremony was attended by other executive members and fellow representatives of the fraternity. Then, Josh began with the recitation of the ritual and distribution of the AHP fraternity items. First was the pinning of the Alpha Eta Rho wings on each new member’s collars. Afterward, the new fraternity members received their challenge coins and certificates of initiation! 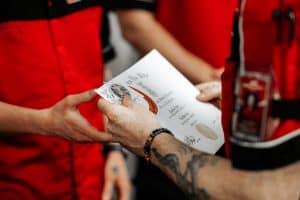 Alpha Eta Rho members have access to over 60,000 current aviation industry leaders, mentors, and 35,000 active alumni, connecting students to the highest levels of integrity and professionalism. Cultivating a fraternal bond with AHP will enhance the student experience while at NAA and also continue to serve alumni as they continue to grow and develop their aviation careers into the future.

We are so proud of this community of leadership and camaraderie among the student population. Tau Beta Chi exists to enhance the student experience while supporting the surrounding community and National Aviation Academy as a whole!

For more information about NAA and how you can be part of the legacy of aviation, please fill out the form below!