Is It Hard to Be an Aircraft Mechanic? 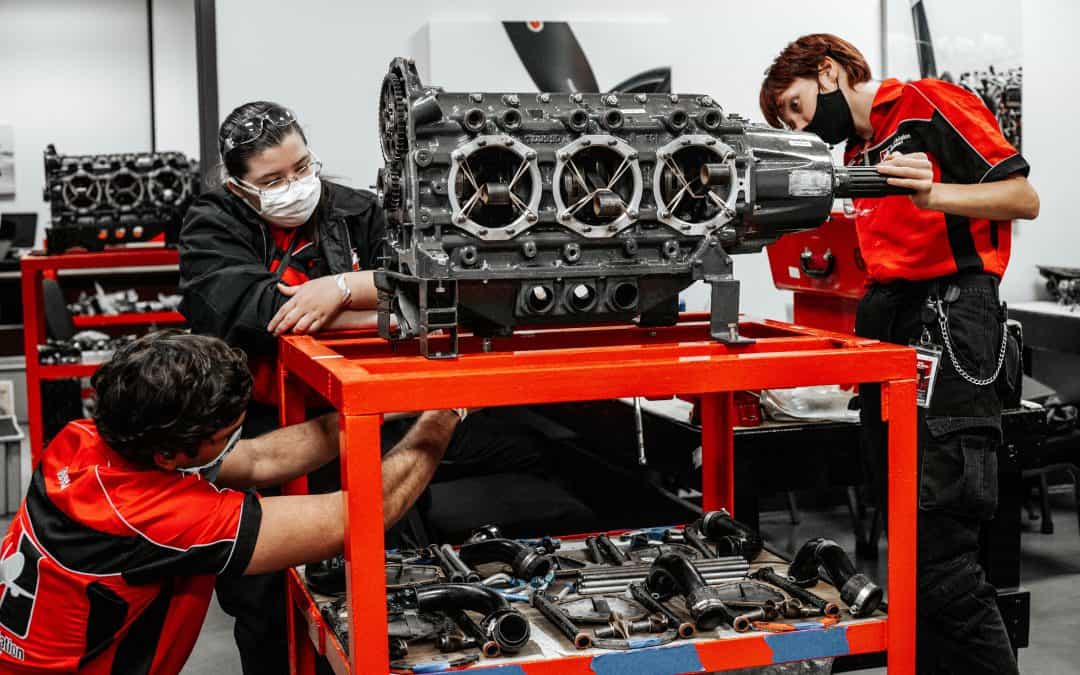 It is not hard to be an aircraft mechanic ­– if you’re up to the challenge, that is.

From small piston-engines to jumbo turbine-powered jets, aircraft mechanics are responsible for repairing, maintaining, and inspecting aircraft. The type of work varies by companies or airlines, but it’s definitely more hands-on and physical than other careers.

There’s no doubt about it, aircraft mechanics are a special part of the aviation industry. A sometimes-overlooked job that is important for passenger travel to continue, being an aircraft may seem difficult for some who do not share the drive and passion that aircraft mechanics possess.

To Be an Aircraft Mechanic, You Must Be Hands-on

This career field is not for those who wish to sit behind a desk every day typing on a keyboard. Instead, aircraft mechanics need to be able to endure the weather in all sorts of different climates to complete the tasks at hand.

When training to become an aircraft mechanic, it is important to experience hands-on learning experiences that mimic the workplace. Making mistakes on the job is not something taken lightly. Even the smallest missteps can be huge safety risks for passengers and crew members on aircraft.

A hands-on career is not for everyone. However, those interested in mechanical work and aren’t afraid of getting their work done physically are more apt to think it is not hard to be an aircraft mechanic.

The Type of Work

It’s not hard to be an aircraft mechanic if you can pay attention to details, solve problems, and work using your hands! It cannot be overstated that this career is crucial to the industry. Travel as we know it would grind to a halt without the work that aviation mechanics do.

Putting in the Hours

Being an aircraft mechanic is not typically the usual 9-to-5. Some major airlines, such as Piedmont, operate almost continuously day and night. Some companies offer overtime work, which can be beneficial to develop skills in aircraft mechanics. Plus, there is extra pay!

Those getting into the industry might not be used to the hours. Employees adhere to specific schedules, depending on their workplace. Sometimes, an understaffed team might need to work more than a typical 40-hour week.

It may be hard for those seeking a standard work schedule to be an aircraft mechanic. The truth is, schedules and shifts may frequently change, especially during the busy holiday months. Seniority could also affect the hours that are given out, especially for overtime.

Veteran mechanics may not work certain times, and instead, the shift may be offered to a newer person on the team. Those just coming into the field are usually eager to work and are not worried about mandatory overtime. In this industry, those who put in the time and effort are recognized for their work and dedication to the craft.

The Priority of Safety

Since the Federal Aviation Administration so heavily regulates the aviation industry, aircraft maintenance’s framework is built around safety. Supervisors and managers at workplaces must ensure safe work environments and practices.

Every workplace is different, too. The same type of work done at a large airline carrier like Delta Air Lines may not be the same as a smaller regional carrier. Despite that, safety is still the main priority.

Following the rules is a must as an aircraft mechanic. The same goes for checking manuals and not cutting corners. At the end of the day, people’s lives depend on the work of aviation mechanics.

Someone who isn’t keen on practicing safe procedures and following guidelines may find it hard to be an aircraft mechanic. Because of the responsibility that is shared within aviation maintenance, not everyone might be a good fit for the role. The tasks themselves might not be difficult for most, but consistently following orders may be for some.

As anyone who regularly works with deadlines in place can tell you, sometimes the work can be stressful. Maintaining, inspecting, and repairing aircraft is scheduled, and most of the time, a deadline is in place to get an aircraft airworthy and ready to fly.

Being an aircraft mechanic won’t be difficult for those who can keep a calm demeanor while under pressure. In this line of work, there is no room for error or complacency. Neglecting to check manuals or cutting corners on a repair is dangerous.

With the constant pressure and sometimes stress of the work environment, it can be hard to be an aircraft mechanic. However, there is a reason for the strict safety oversight and the deadlines. If aircraft aren’t maintained and inspected properly, they can’t fly!

A Willingness to Learn

Aircraft mechanics often possess the same trait: their willingness to learn new things. Mechanics in aviation put the time and effort into training and learning to get to where they can enter the industry and begin working.

Every person learns and retains information differently. This is why National Aviation Academy instructs students through a mixture of learning styles. This way, training allows students to become comfortable and familiar with practices and procedures often found in the aviation industry. However, not every theory or concept is going to come easy. It’s crucial that instructors give students that opportunity to learn in various ways and help them in any way possible.

It is not hard to be an aircraft mechanic when you are willing to learn, move past mistakes made during training, and absorb the knowledge from experiences and other materials. Training and learning truly help to shape aircraft mechanics into being at their jobs.

Lastly, employers expect a certain level of professionalism and integrity, especially when working with aircraft that depend on proper maintenance and repairs for safety! If you are willing to learn more about aviation maintenance, fill out the form below!