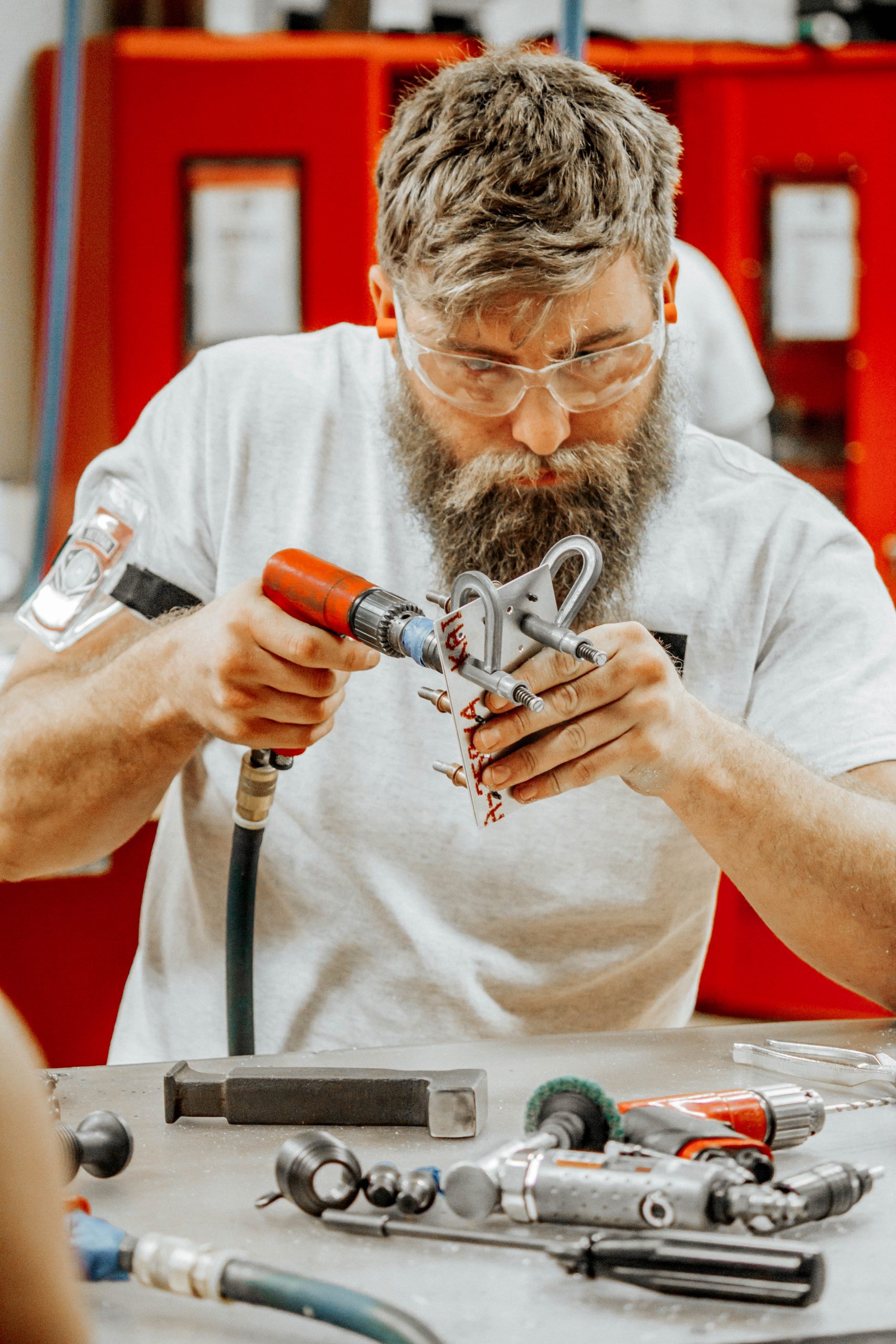 How to Perfect Your Aviation Maintenance Toolkit by Alumni Joe Filippazzo

Ever wonder how to perfect your aviation maintenance tool kit? The best advice I’ve heard about tools is that there is no best brand – instead, each brand tends to excel at making a specific tool type.

Does the tool make you a better technician? Should you spend $150 on a tool that functions similarly to a $15 tool? These are questions you should ask yourself when you’re about to invest in, and try to perfect, your aviation maintenance toolkit. The value and warranty that a tool carries should always be considered. And don’t forget: you and your skills are what bring the most value to your kit.

This guide has been put together with thoughtful consideration about an A&P mechanic’s need for tools. Use it as you see fit, but don’t treat it as an absolute. It aims to make things easier (and a lot cheaper!) for someone preparing to become a professional or perfecting their kit. Extensive research has been pared down to communicate the basics about brands and tool types. The tool list derives from a mashup of several employers’ minimum tool lists, suggestions from active A&Ps and NAA instructors, and personal experience.

Remember: the person with the fanciest tools is not necessarily a good mechanic. Oh, yeah, and if you borrow a tool from a coworker more than twice, you should buy it for yourself!

With that in mind, let’s dive in and discuss how to perfect your aviation maintenance toolkit.

HOW TO PERFECT YOUR AVIATION MAINTENANCE TOOL KIT: MOST COMMON GENERAL TOOLS

Below are the most common tools as found on minimum lists from employers. This list deliberately excludes specialty tools, as your needs will change with your career path. However, this will give you an idea of what to expect and, in theory, allow you to function proficiently without much need to borrow tools. Let’s aim to perfect our aviation maintenance toolkits one piece at a time!

It’s important to note that tools that require calibration are often provided by your employer. These include torque wrenches, industrial multimeters and electronics, specialized tools, etc. Some employers allow you to use your own (up-to-date) calibrated tools, while others will not. There are several companies that mandate box shadowing and tool labeling. These kinds of things will be communicated to you when hired.

You may eventually wander into a tool truck and be struck by the variety of cool things you find. While nothing is wrong with treating yourself right, it’s easy to rack up thousands of dollars in debt with the tool vendor. Common sense would tell you that this is not a wise path, but it does happen. Live life and enrich your career, but do so within your means! Don’t forget about the used tool market and student discounts!

Tool Brands – Do They Affect How to Perfect Your Aviation Maintenance Tool Kit?

Below, I’ll offer my opinion on some of the most commonly used tools in the industry. Please note that these are solely my opinion, not NAA’s, and you are always welcome to disagree!

I hope that both new and seasoned technicians will find value in the assessment. Toolkits are personal, and it’s always interesting to compare, share advice, and learn new things. When thinking about how to perfect your aviation maintenance toolkit, all opinions are valid! After all, no two kits are ever the same. 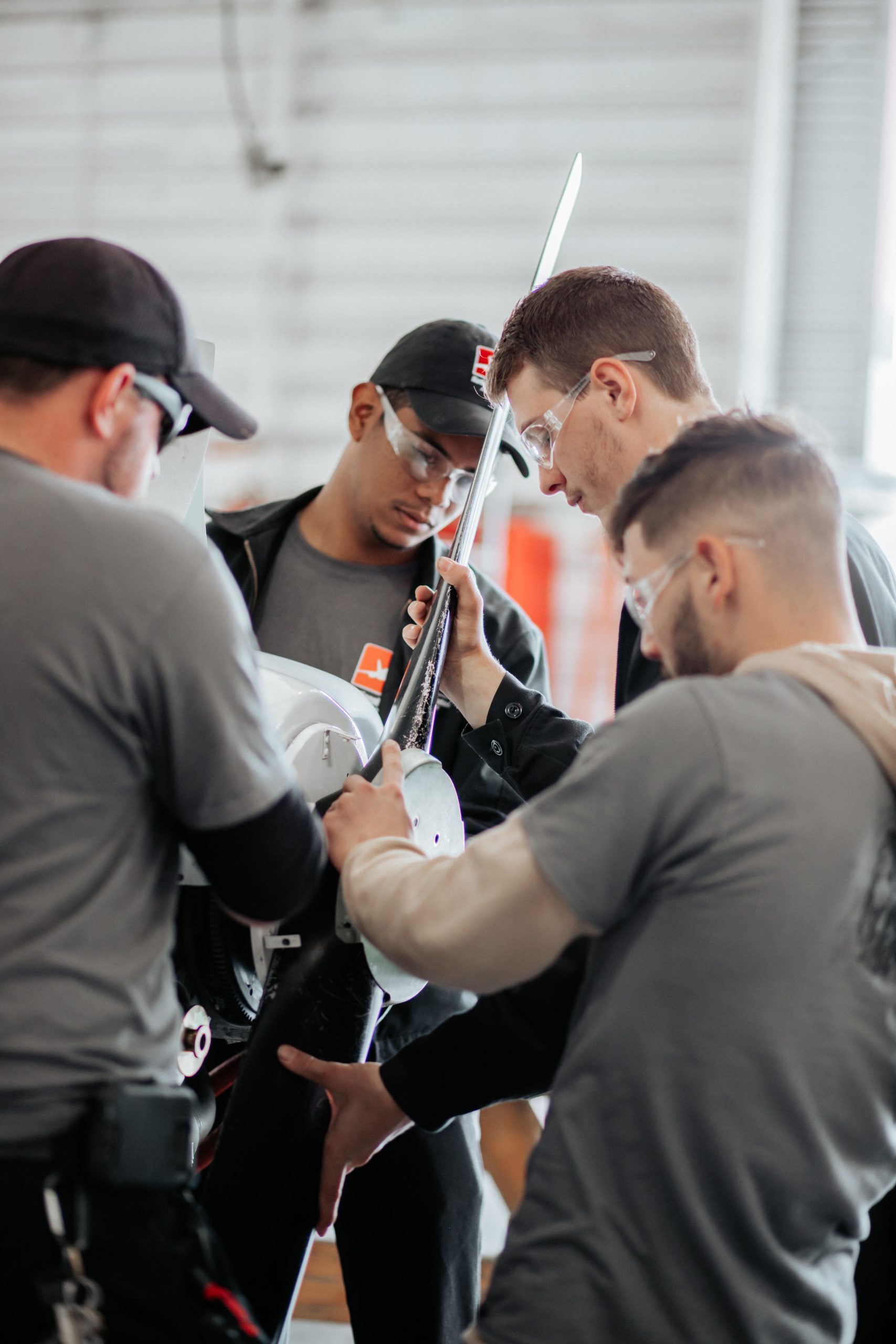 Craftsman
Reliable baseline brand with a lifetime warranty. Still the most purchased tools in the US. Craftsman is innovative and well-liked, despite being criticized for outsourcing. Praised by professionals and cheap enough for someone starting, but often replaced with higher-end tools as tighter clearances are desired (wrenches with smaller heads, etc.), and money allows. Their tools are often purchased to be modified or to custom make tools without spending much. Toolboxes and power tools don’t have the best reputation, but they’re OK in a pinch. The Craftsman brand has recently been purchased by Stanley Black & Decker. However, broken tools can still be exchanged just about anywhere.

Snap-on
High-end, shiny, expensive tools. Snap-on uses proprietary virgin steel, allowing them to manufacture strong tools with much tighter clearances than other brands. They primarily utilize a vendor network based out of trucks to distribute their products. The only downside is that you will have to wait longer to warranty something while the truck arrives at your workplace. Snap-on is renowned in the aviation industry for their safety wire pliers, angle wrenches (labeled as 4-way wrenches), swivel sockets, thin-walled standard sockets, Allen bit sockets, and ratcheting screwdrivers. Their boxes will outlive your grandchildren.

Matco
Quality is about on par with Snap-on, and Matco also uses a truck-based distribution network for sales. Though slightly less popular than Snap-on, some techs swear by them. They’re reputed for their ratchets, which, according to some technicians, have better head clearance and “feel” and shallow swivel sockets. Some techs prefer Matco boxes for their layout and locking system.

Mac/Cornwell
Perceived as a notch below Snap-on, but still high quality. However, their truck network covers a much smaller territory than those mentioned above, which may cause issues for some mechanics who move often. Their prices are lower than Snap-on, and Mac is affiliated with the Stanley group.

Knipex
Great brand renowned for its durable side cutters, proprietary pliers, and plier wrenches. They often manufacture tools for other brands and are worth considering for their price-to-quality balance.

Milbar
The best value for safety wire pliers and should be considered the baseline for them and are worth the investment if you don’t want Snap-on. Milbar makes other types of pliers, but they are often sold under other brand names.

SK/Proto/Armstrong/Wright/Blackhawk
Quality tools at a reasonable price. Lifetime warranty and available for purchase online. SK is an old name with a small truck network. Look in your grandpa’s toolbox, and you will probably find an SK ratchet. Proto is Stanley Black & Decker’s affiliate, and while they’re not the cheapest, they are known to be reliable and sometimes on par with Mac.

Crescent
Good brand known for its adjustable tools, cutters, and pliers. Not as popular with mechanics, but a brand worth considering.

Ridgid
A name typically associated with plumbing and construction work, Ridgid has found its way into aviation via its model E-110 adjustable hex wrench. The E-110 is an offset, smooth jaw pipe fitting tool typically only found amongst Boeing and Airbus technicians, and it is sometimes called a “Boeing wrench.”

GearWrench
Basically Craftsman tools with mechanical/swiveling bits and pieces. Excellent value that is seen to be a notch above the big box brands. They are known for their ratcheting wrenches.

Chapman
US manufacturer of miniature ratcheting screwdrivers and accessories. Respected among gunsmiths and technicians who work on small machines.

Stanley/Kobalt/Husky/Bostitch/Ace/Napa
Good inexpensive tools that, if used properly, will almost always hold their end of the bargain. A helpful source of tools for instances when you don’t need the best of the best, or you need to modify a tool–and they usually carry a lifetime warranty. Some of these tools have, on rare occasions, lost their chrome plating or have been improperly manufactured.

V8 Tools
The only brand that makes angle wrenches with the same head angles as Snap-on’s 4-way wrenches. Good quality to price and will hold up if used as intended. Viewed to be on par with the big box brands. No relation to the juice brand.

Sunex/Tekton
Relatively new, imported brands that have gained a good reputation among some techs. They are known, in particular, for their angle wrenches and their stubby and standard wrenches, which have fairly tight clearances. They are on par with big box brands, and their sets have all the necessary sizes.

Pittsburgh (Harbor Freight)
A much-debated distributor which can sometimes be hit or miss. Some of their products work very well, but research before investing in them is recommended. Their tools usually carry a lifetime warranty. Avoid their safety wire pliers unless you need a pair. Their wrenches and ratchets are well-liked, and their tool chests (pro versions) are known to be of surprisingly good quality.

Oddball Finds
Some techs have reported using bicycle tools (although most are metric). The first aircraft tech was a bicycle mechanic, so why not? Others have been known to use basic medical tools for their precision.

How to perfect your aviation maintenance toolkit? The ultimate answer is you.

If you’ve gotten this far, I hope you have agreed, disagreed, learned a thing or two, and had a laugh along the way. Comic relief is sometimes essential because we all know this: our work is serious. Our tools must be up to our, and our employers’, standards to get the job done right. That’s why it’s important to remember that your toolkit is also comprised of all the lessons learned in school and every experience in the field after that. You are the best and most reliable resource that the industry has! So next time you wonder how to perfect your toolkit, remember your judgment. It’s the best tool there is.

NAA Now Has a TikTok Are you a student at National Aviation Academy looking for a fun and interactive way to stay connected with your peers in aviation? Look no further than our academy's TikTok page! TikTok is a popular social media platform that allows users to...

END_OF_DOCUMENT_TOKEN_TO_BE_REPLACED

An A&P Mechanic’s Guide to LinkedIn

An A&P Mechanic's Guide to LinkedIn Are you looking to advance your aviation maintenance career? LinkedIn is a professional networking website that can be a valuable tool for airframe and powerplant (A&P) technicians. By creating a profile and connecting with...

END_OF_DOCUMENT_TOKEN_TO_BE_REPLACED

How to Access This Years 1098T Tax Document 1. Go to: https://my.naa.edu 2. Click on blue Login button on the top right of the screen 3. Click on "Student Portal Homepage" 4. You will be promoted for your student email and password. 5. Once in your studet Home Page,...