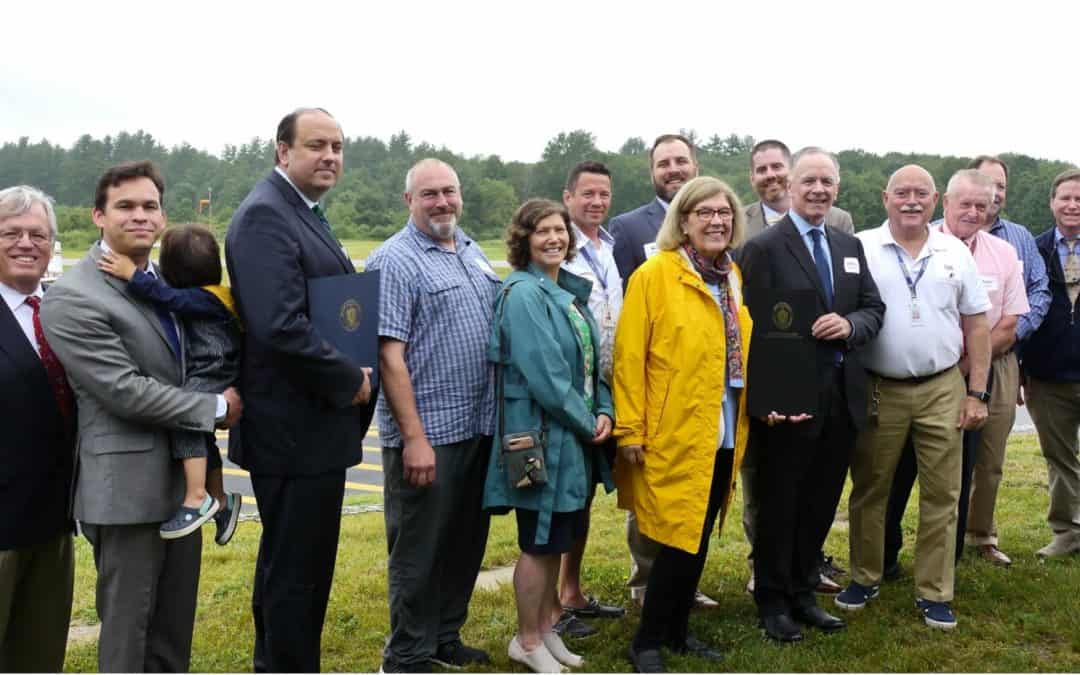 The Economic and Community Impact of General Aviation

MassDOT Aeronautics Division Administrator, Dr. Jeffrey DeCarlo, began the ceremony by reading a proclamation issued by Governor Charles Baker, “General aviation and community airports play a critical role in the lives of our citizens, as well as the operation of our business and farms.”

Among other positive impacts of public-use airports, the proclamation also acknowledges that “General Aviation improves the overall quality of life by supporting emergency and medical healthcare services, law enforcement, firefighting and disaster relief along with investments in sustainable fuels and emerging technologies.”

Dr. DeCarlo said that emerging technologies coming to general aviation, including Unmanned Aerial Vehicles (UAVs), will be as profound as the jet age decades ago – and that Massachusetts will remain a leader in aerospace development.

The Importance of Quality Training for Aviation Maintenance Career Opportunities

NAA is proud to be a part of the declaration of July as General Aviation Month, as it emphasizes the rewarding career opportunities the aviation industry has to offer. Additionally, it is essential to emphasize the global demand for certified aircraft mechanics and the critical need for FAA-approved aviation maintenance schools to provide quality-trained mechanics for the industry workforce to keep our skies and communities operating safely.

Request more information below to learn more about your training options and aviation maintenance careers!