Taking a Field Trip to the Clearwater Air Park

Field trips are finally returning to National Aviation Academy! These trips offer students the opportunity to see the aviation industry’s inner-workings and provide an up-close look into how a local public-use airport operates!

The Clearwater Air Park is home to members of Chapter 282 of the Experimental Aircraft Association (EAA). Chapter 282’s President, Bruce Brock, guided students on the tour. 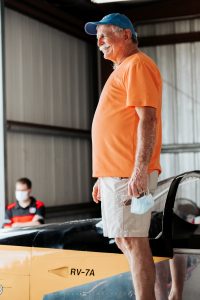 Bruce Brock standing on the wing of “Crimbo”

The Experimental Aircraft Association is an international organization of aviation enthusiasts and pilots based in Oshkosh, Wisconsin. Founded in 1953, the organization has over 200,000 members and nearly 1,000 chapters worldwide!

Throughout the tour, Bruce discussed several general aviation aircraft located at the airpark. For example, the tour began surveying a Stolp Acroduster, which is an aerobatic biplane! Introduced in 1971, this aircraft can withstand 9g turns and rolls! 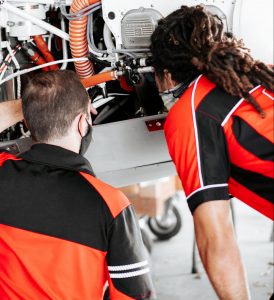 Two NAA students look into the engine of a Stolp Acroduster.

Finally, Bruce gave an in-depth presentation of more experimental aircraft. From inside his hangar, Bruce’s own Van’s RV-7A, nicknamed “Crimbo,” is painted a brilliant shade of yellow. Students could ask questions and study the various upgrades that Bruce has installed on “Crimbo!” As the classes surrounded the aircraft, you could feel the excitement buzzing from each student! 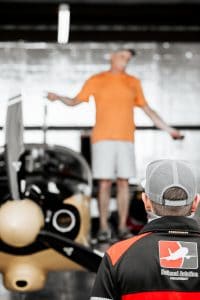 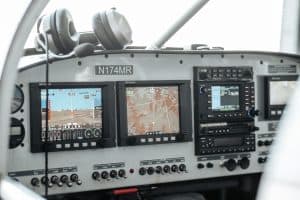 Avionics and navigation of Bruce Brock’s own Van’s RV-7A.

A Passion for Aviation

The passion for aviation only grows when given the opportunity to be around aircraft. National Aviation Academy is humbled to have fostered a relationship with Bruce Brock, who is more than happy to be a tour guide to Tampa Bay students! With aircraft whizzing by, some taking off, and some landing, it truly was special to see students so excited about their own aviation journeys!

To facilitate and grow your own personal passion for aviation, please fill out the form below!