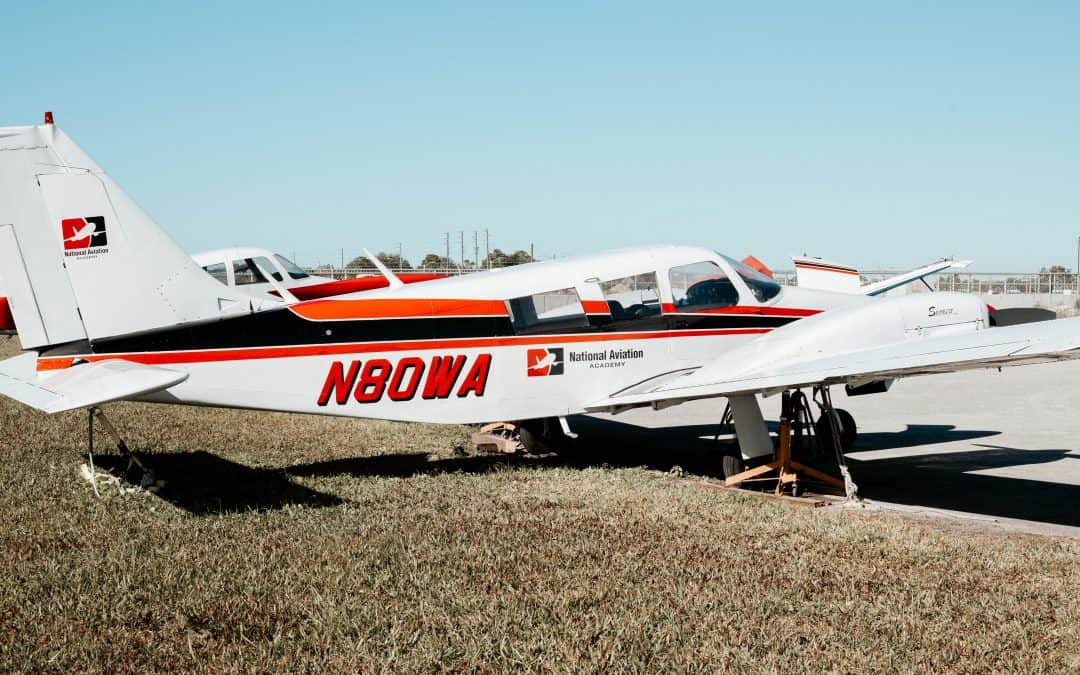 2020 was quite the year. Now that it’s over, we’re taking the time to highlight some important events that happened at National Aviation Academy during the last year! From each campus and hangar receiving renovations to hosting virtual graduation ceremonies, we could not be prouder of the accomplishments of students, alumni, and staff!

Despite the struggle of a worldwide pandemic, there were still plenty of silver linings to celebrate. Some highlights include:

While navigating how best to serve our students and alumni through Covid-19, technology helped NAA stay connected to our industry partners. Since in-person Career Fairs were not an option, virtual Employer Webinars were established with numerous companies!

National Aviation Academy’s Career Services department began hosting these webinars, which allowed for the virtual exploration of companies across the nation. They have continued to be a source of information for each presenting company, locations in need of A&P mechanics, application and resume tips, benefits, starting salaries, and more!

Renovations at Each NAA Campus and Hangar in 2020

In March of 2020, National Aviation Academy (NAA) closed our doors to ensure the safety of our students, staff, and surrounding neighbors as Covid-19 began to impact us all. During this time, NAA reflected on safety and changes that would last well into the future. The improvements made at each campus and hangar showcases our commitment to putting our students first.

While each facility was closed, time and care were put into a large-scale deep clean. Additionally, extensive renovations were completed. New flooring and paint, updates to training tools and equipment, and extensive hangar renovations are some improvements made over the closure period.

Earlier in the year, Women of NAA was officially founded in New England! This club was established to encourage, uplift, and connect the women of NAA. Mentoring opportunities are also fostered by the Women of NAA, offering students a close relationship with their fellow female peers! The group in New England also hosted a successful bake sale, with proceeds benefitting Emerson Hospital’s 5k Run/Walk for Cancer!

The Tampa Bay campus followed a few short months after with the same goals in mind. Despite meeting restrictions, the group has been meeting in smaller, socially-distanced groups. With the support of the established New England Women of NAA, the club in Tampa Bay had a solid foundation to work from. We cannot wait to see what these clubs accomplish in the new year!

Additionally, each campus established its own chapters within the Alpha Eta Rho aviation fraternity! Students and staff at the New England campus gathered together to cement the first fraternity organization in the school’s history in September of 2020.

Following the other campus’s guidance, students in Tampa Bay also established an Alpha Eta Rho chapter in December! The foundation of these fraternities is based on a passion for aviation and high academic performance standards and attendance. Through the co-ed aviation fraternity Alpha Eta Rho, members of each fraternity seek to enhance the student experience while at NAA and well beyond after becoming alumni!

Despite the challenges during the year, organizations and clubs at each campus were able to host successful fundraisers and charity drives for various causes!

For example, Student Council representatives led a canned food drive initiative in partnership with the Student Services team during the Thanksgiving holiday. In just a few short weeks, New England and Tampa Bay campuses were able to donate about 1,500 canned and packaged food items to the Acton Community Pantry in New England and local food pantries in Tampa Bay!

We could not be prouder of Student Council members working hard to collect and deliver these items, as well as students and staff for donating!

The recently established Tau Beta Chi fraternity chapter in Tampa Bay also raised funds for their Holiday Hopes event! Fully member-organized and run, the event was made to reach current NAA students at the Tampa Bay campus who may have needed a little bit of help gathering gifts for their families this holiday season. Tau Beta Chi accepted both toy and monetary donations from students and staff members. Various fun and unique ways were created to give back, such as a 50/50 raffle, hot cocoa holiday mugs, and jeans days!

In their first organized event, Tau Beta Chi raised over $750 to gather gifts for the families of multiple students! Additionally, the 50/50 raffle concluded with a whopping $1,200 of tickets sold, with $600 added to the donations and the other $600 to a lucky student!

We are so proud of the National Aviation Academy students and staff for participating in these fundraisers and charity drives. It truly is heartwarming to see the generosity and passion of our community!

We held countless virtual graduation ceremonies (and even our first live-streamed one!) to celebrate the next generation of aircraft mechanics. The passion students have for aviation never wavered, despite a frustrating and challenging time for all. Through training, studying, and dedicating themselves to the craft, they persisted. The drive for a limitless career still remains against all odds.

With that, we look to the future with a positive mindset and the drive to continue our mission to train the next generation of aviation maintenance professionals.