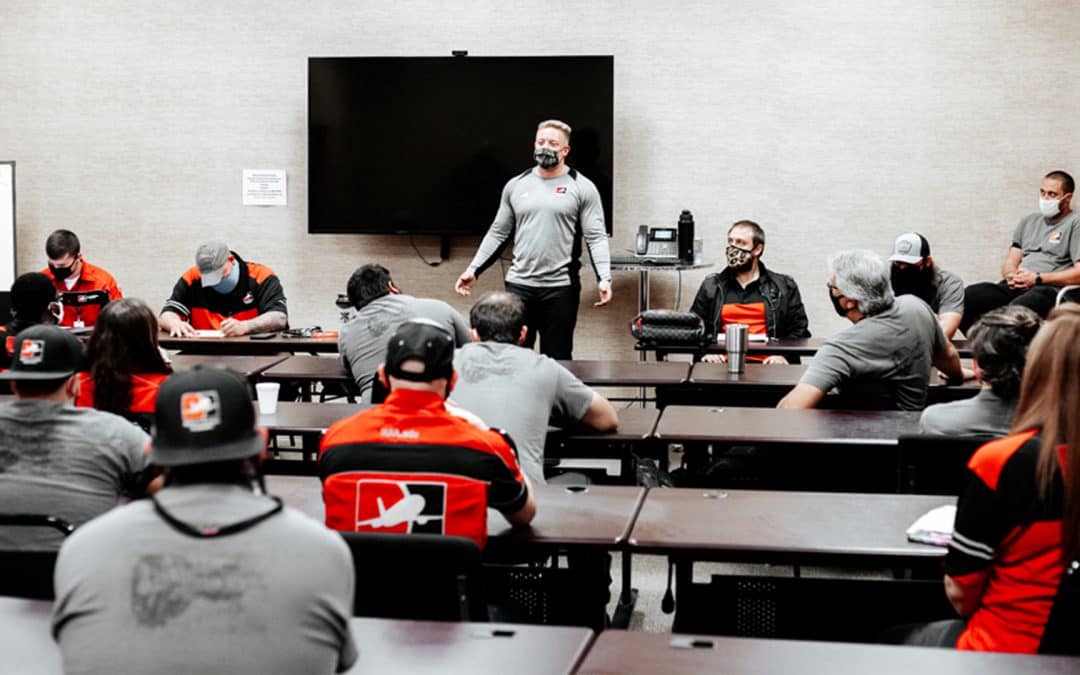 The Next Alpha Eta Rho Chapter

Wanting to cement their own success story, students from National Aviation Academy’s Tampa Bay campus have been approved to establish their fraternity chapter! The National Board of Directors for Alpha Eta Rho (AHP), an international aviation coed fraternity, officially voted to approve students’ charter request for a new fraternity chapter at NAA! While the fraternity is approved, the initiation ceremony still must be held!

Janice Reyes, Corporate Vice President of Student Services, was an integral part of helping Tampa Bay students along in this journey. Additionally, this feat could not have been accomplished without the assistance of Garrett Connolly and the members of the Nu Epsilon chapter from our New England campus! They laid the foundation for students in Tampa Bay to follow, and we sincerely thank them for their hard work and dedication. It is such a joy to have each of our campuses host fraternities belonging to Alpha Eta Rho!

Since 1929, AHP has had granted charters to more than 140 chapters many aviation colleges and universities. Currently, the fraternity recognizes over 60 active chapters in the United States and throughout the world. Alpha Eta Rho seeks to instill in the public mind a confidence in aviation and its safety.

In order to get our new chapter approved, it required a lot of work and dedication from NAA’s students and staff. First, the initial journey began to secure 10 motivated students that were interested in becoming the chapter’s founding members. That proved to be the easiest task when more than 40 students signed up after the first information session! Then, the real work began with the initial draft of chapter bylaws being edited, reviewed, and edited again to make sure the National Board, our students, and NAA as an organization would approve them. A great deal of time and effort was spent adapting what was originally designed for traditional 2- and 4-year colleges to fit NAA’s unique program length and design.

Once adopted, these bylaws would serve as the essential reference that outlines the specific structure and organization of the chapter as well as the conduct and responsibilities expected of its members. Tau Beta Chi was chosen as the chapter’s designation to signify NAA’s Tampa Bay campus. These bylaws also outlined the requirements for its members that would hold them to a higher standard than the average student. Members would be expected to maintain a high GPA and have a minimal amount of missed time hours accumulated. Additionally, students must fulfill all attendance and financial requirements of the Chapter.

After the adoption of chapter bylaws, the next step was to elect four students to serve as the chapter’s Executive Board. The President, Vice President, Secretary, Historian, and Treasurer were all chosen by popular vote and would bear the majority of leadership responsibilities going forward. Also, two Staff Advisors were also appointed by the student members.

Submission of all required documents as NAA’s official charter request was followed by a final vote of approval by the National Board of Directors. Currently, members are scheduling the formal initiation ceremony with the National Board of Directors. This will finally establish Tau Beta Chi as the newest chapter of the Alpha Eta Rho international aviation fraternity, and the latest fraternity organization in NAA history!

It is our goal that by cultivating the fraternal bond with AHP. It will not only enhance the student experience while at NAA but also continue to serve NAA alumni as they continue to grow and develop their aviation careers for years to come. Moving forward, we are excited about the networking and career development opportunities this will lead to for our students. It will provide them access to, and connections with over 50,000 fellow Alpha Eta Rho alumni currently serving as the aviation industry leaders of today.

This was all made possible thanks to a group of motivated NAA students and staff that are dedicated to their passion for aviation and professionalism in all that they do!